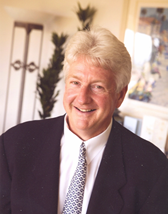 In 2013 Dave Seibold became Professor and Vice Chair of the Technology Management Program in the College of Engineering, where he has also been Director of the Graduate Program in Management Practice since 2005.

Over the past thirty years, Dave also has consulted or provided pro bono assistance to more than 75 business, government, and health organization at 125 sites, and worked with 3500 participants, as a consultant, facilitator, trainer, or program evaluator.