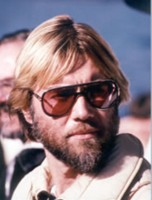 The Bradac lecture honors the life and scholarship of James J. Bradac, a distinguished professor of communication at the University of California, Santa Barbara (UCSB) and an internationally recognized authority on interpersonal communication, who died May 25, 2004. He had been diagnosed with Lou Gehrig’s Disease (ALS) in April 1987, and despite only having the ability to communicate through advanced technology via eye-blink during his last decade, he continued to teach, co-edit the Journal of Language and Social Psychology, and conduct research. As Howard Giles his co-editor of JLSP wrote “The prognosis was a maximum of 6 years, so he defied all the odds with his tenacious will to live and work. For his own reflections on living and working with this disease, see his article entitled, “It’s all in your head,” published in the International Communication Association’s (ICA) Newsletter, November 1998. Indeed, he was, as usual, at his desk in UCSB working (with the assistance of one of his devoted caregivers) the previous day. He was months shy of his 60th birthday and lived in Santa Barbara with, and is survived by, his beloved wife Emilda Jaccard who cared for him all these years devotedly.

Bradac came to UCSB in 1980 after 10 years at the University of Iowa and, thereafter, chaired the communication department (1984-86) and assisted in inaugurating its now renowned graduate program. He was among the most influential scholars in his field, regarded as having a brilliant mind and this being reflected in his prodigious writings. Besides being an incisive theoretician, a longstanding interest was reflected programmatically over the years in how speakers’ use of various language features could affect the impressions listeners attribute to them. His diverse interests in interpersonal communication covered such topics as politeness, power, deception, self-disclosures and compliance-gaining, to name but a few. As he himself wrote, "I am interested in consequences of language variation…My assumption in all of this work has been that language is attributionally rich, that it carries a large amount of social psychological information about speakers and writers". … Bradac touched all he met by his striking demeanor, vibrant personality, and self-professed noble Czech blood; he often (with the appropriate accent) referred to himself as "Count von Bradach"! He will be sorely missed as a model of humanity and professionalism, and has left us an enormously profound and scholarly legacy.

Stern, S. E. (2008). Computer-synthesized speech and perceptions of the social influence of disabled users.  Journal of Language and Social Psychology, 27, 254-265.

Herbert, C. (Albert Ray Lang Professor of Psychology, Stanford University). How we manage to do things together.

Nussbaum, J. (2013). The communication of wisdom: The nature and impact of communication and language change across the life span. Journal of Language and Social Psychology, 32, 243-260.

Sachev,  I. On multilingual communication: Focus on group identity.